CHILDREN UNDER THE BRIDGE

Putting a “face” on human trafficking

A humanitarian relief organization under the umbrella of At God’s Table, Inc.

I want to introduce you to Vera, Sriyati, Ayu, Sulis and Eti.

These women are prostitutes in Jakarta.  Look at each one.  As you can see, if you didn’t know these women were in the sex trade, you would never guess.  They are completely ordinary mothers trying to survive in this third world country.  These are not drug users, reprobate, morally dangerous women.  They are mothers and daughters.  They look just like anyone else you might meet here.  Look closely at their eyes.  Do you see the hidden trauma there?

Two of them are married. Some were born here in Jakarta. Others came here because they needed work. Most of them began by collecting garbage to recycle. Those who are married no longer have a husband at home. He simply left. Most of them are now controlled by a pimp. But before all of their sorrow began, a tragic story developed. Let me explain.

Many have been prostitutes for more than a decade. Most started when they were still teenagers. They now range in age from 19 to 42. Their stories vary a little, but there is one common thread. It’s all abut simple economics. It’s all about debt.

Some of these women are married. A few are not. What typically happens is that the husband leaves. In this culture, men take care of themselves first. So when they leave, they generally provide nothing for the wife and the children. This leaves the mothers with children to care for and no skills for employment. Most of these women never finished the 8th grade. They end up recycling garbage. The problem is that this does not pay enough to feed themselves and their children. So they borrow money. And that’s when it all begins.

The pimp loans money at 100% interest. To repay the money, the pimp provides clients who pay for sex. The pimp takes 50% of the fee and the woman uses the other 50% to live on and repay the debt. The client pays about $2.25 for intercourse. The pimp takes half of that. The woman earns a little more than $1 from each client served. In order to survive, she has to have three to four clients a day, every day. But since the debt incurs 100% interest, the pimp is guaranteed a long employment as a prostitute. Some of these women have been repaying the debt for seven to nine years.

How much debt do they have? 5 to 10 million Rupiah. That sounds like a lot, doesn’t it? But let’s convert it to dollars. This is between $375 and $750. In other words, often for less than $500, these women become sex slaves for seven to nine years. Usually, there will be times when they cannot work (like pregnancy). So they have to borrow again. The result is that they rarely if ever get out of debt. They become prostitutes for life for $500. And, of course, they don’t have access to medical care or condoms. So they get pregnant. One woman (not pictured) has seven children. More debt. The youngest woman in these pictures is the daughter of a prostitute. Her mother was also among the women we interviewed. This young woman is 19. At age 12 the pimp told her mother that he would relieve her of the debt if the 12-year-old daughter was available for the sex trade. Within a few months, the 12-year-old was pregnant. She now has a seven-year-old son. And, of course, she had to borrow money. The cycle continues.

Here are two photos showing where this sex business is conducted. These are nothing more than temporary shacks put under the bridge where these women live. They have no money to go anywhere else. Some of these women live in this shelters with their children. Some of them actually live on the street where these plywood rooms are built. There is no sewer, no running water and usually no electricity. These are rooms for cheap sex. That’s all. And the children of these women know that this is what they are for. When the mother is working, they are on the street waiting until the business is finished.

We interviewed these women and talked with their children. These mothers were open with us, but some were visibly ashamed of what they do. You can only imagine what they must be feeling about their children when this is the only way they can provide for them.
During these interviews, these women were smiling, laughing, weeping, shy, hopeful and discouraged. They are just like you and me, but they have been forced through economic oppression to enter a life of extreme humiliation. As they all told us, they would choose otherwise if they could, but “How will I feed my children when I cannot get work?”

Ultimately the problem is economics. If we don’t address this issue, regardless of the moral implications, nothing will change for these mothers—and their daughters will be sold into the same business.

Children Under the Bridge is very realistic about these circumstances. It is highly unlikely that we can do much to change the lives of these women. What we can do we will, of course, but the real goal of our work is to prevent the oppression of the next generation of girls. Children Under the Bridge has many seven, eight, nine and ten-year-old girls. Within a few years, they will be faced with sex work in order to survive unless we can show them another way. Education and training, skill development and real alternatives must be developed. They need to learn to read and write. They need skills that can generate income. And they need a way to break the cycle.

In the next few months, we will offer some possible solutions. We welcome anything you might think of, but remember, we have to work with what we have. The government is not going to help. Relief alone is not going to change things. The solution must be very, very practical. But we must try. Pictured here is the reason why.

HOW YOU CAN HELP 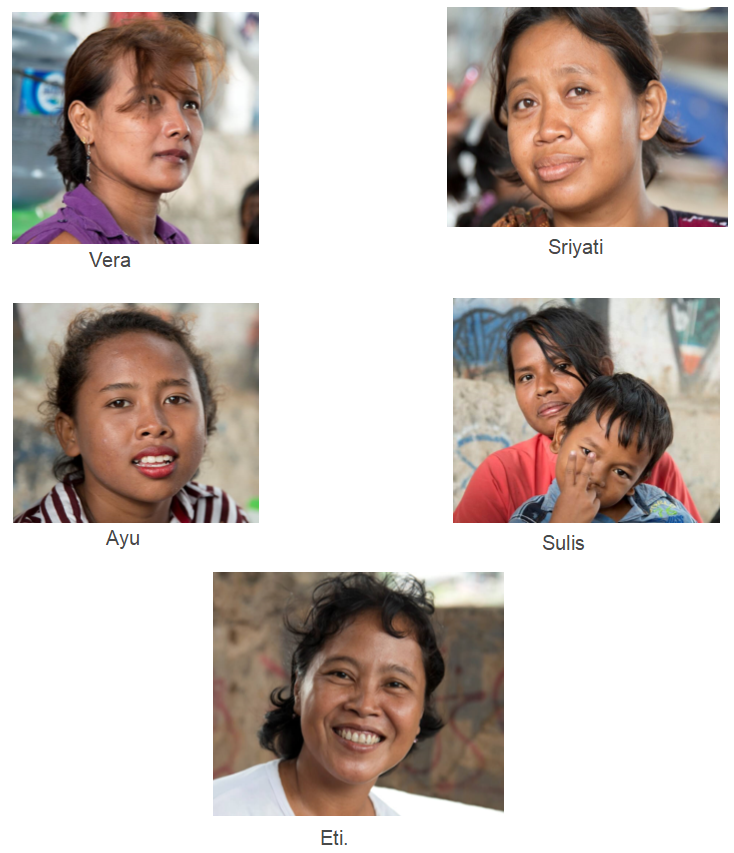 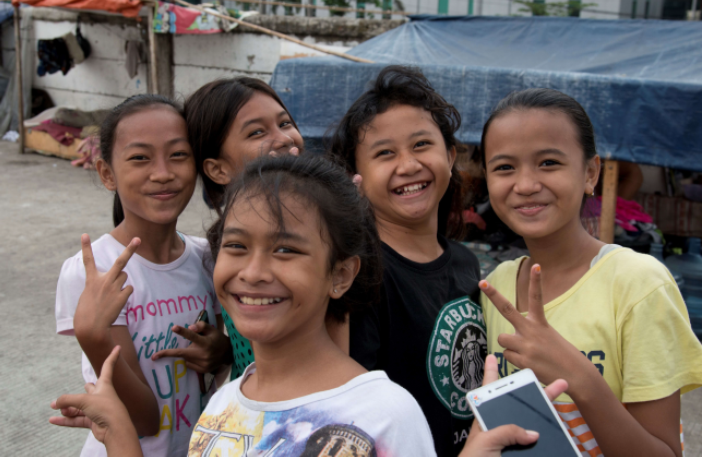 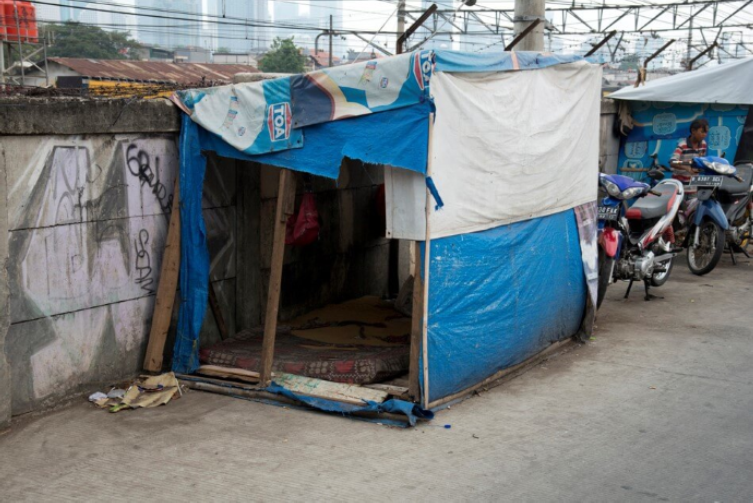 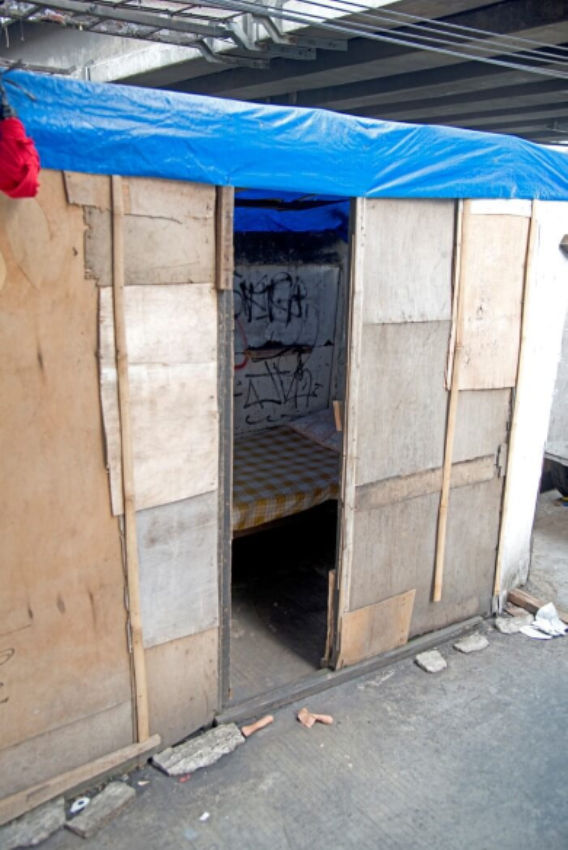 IT ONLY TAKES A LITTLE

TO MAKE A BIG DIFFERENCE